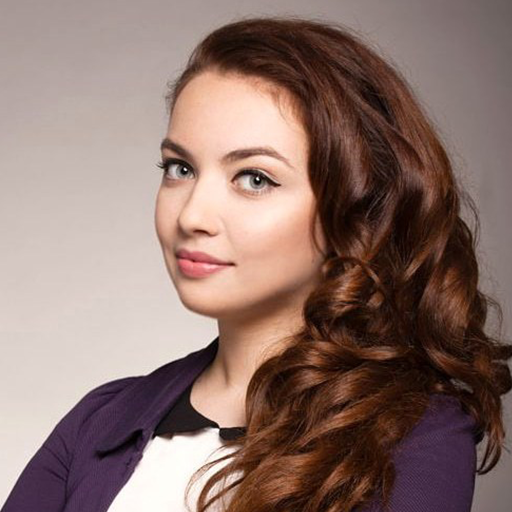 [ENG] Project Manager based in Wrocław and fascinated by the IT industry and Agile management approach. She considers effective communication and openness to others to be her greatest strengths. Creativity is her second name and if not management - she would probably become a journalist. She is fluent in German, loves this language and culture, and therefore enjoys most working with clients from German speaking countries. After work, she recharges her inner batteries thanks to creative activities such as writing, painting or photography and reading about psychology. She has been active as a volunteer for several NGOs for a long time. [PL] Pochodzi z Wrocławia i pracuje jako Project Manager w IT, co bardzo lubi - branża ta codziennie zaskakuje ją nowymi wyzwaniami. Dodatkowo dużo przyjemności sprawiają jej kreatywne i artystyczne zajęcia - od zawsze lubi pisać, a jej dziecięcym marzeniem była praca w gazecie. Strefa PMI jest dla niej przestrzenią, która pozwala łączyć różne pasje w jednym miejscu oraz być na bieżąco z PMowym światem. Czynnie wspiera wrocławski oddział PMI.
Strefa Wywiadu
Agile
Strategy & Business

An interview with Tendayi Viki by Kornelia Trzęsowska Do you agree with Steve Jobs that it’s more fun to be a pirate than to join a navy? You refer to his words in the title of your newest book. I don’t think it’s more fun to be a pirate than to join the navy. Pirates are often in danger of dying. Steve Jobs was talking about how startups are faster than already set up companies – they move quicker than any large company. But what we’re learning these days is that large companies often become innovative, maybe surprisingly. The cool thing about large companies is that they have something that startups don’t have – they already have a brand, access to markets, customers, vast resources and other assets. Sometimes startups are really small and they need to find all these things by themselves. As long as large companies create the right environment for innovation, I really believe that it’s better to be a pirate in the navy than to be a pirate outside the navy, because you have a greater chance of success.