Deadbeat or a Rebel? Welcome to the Team! 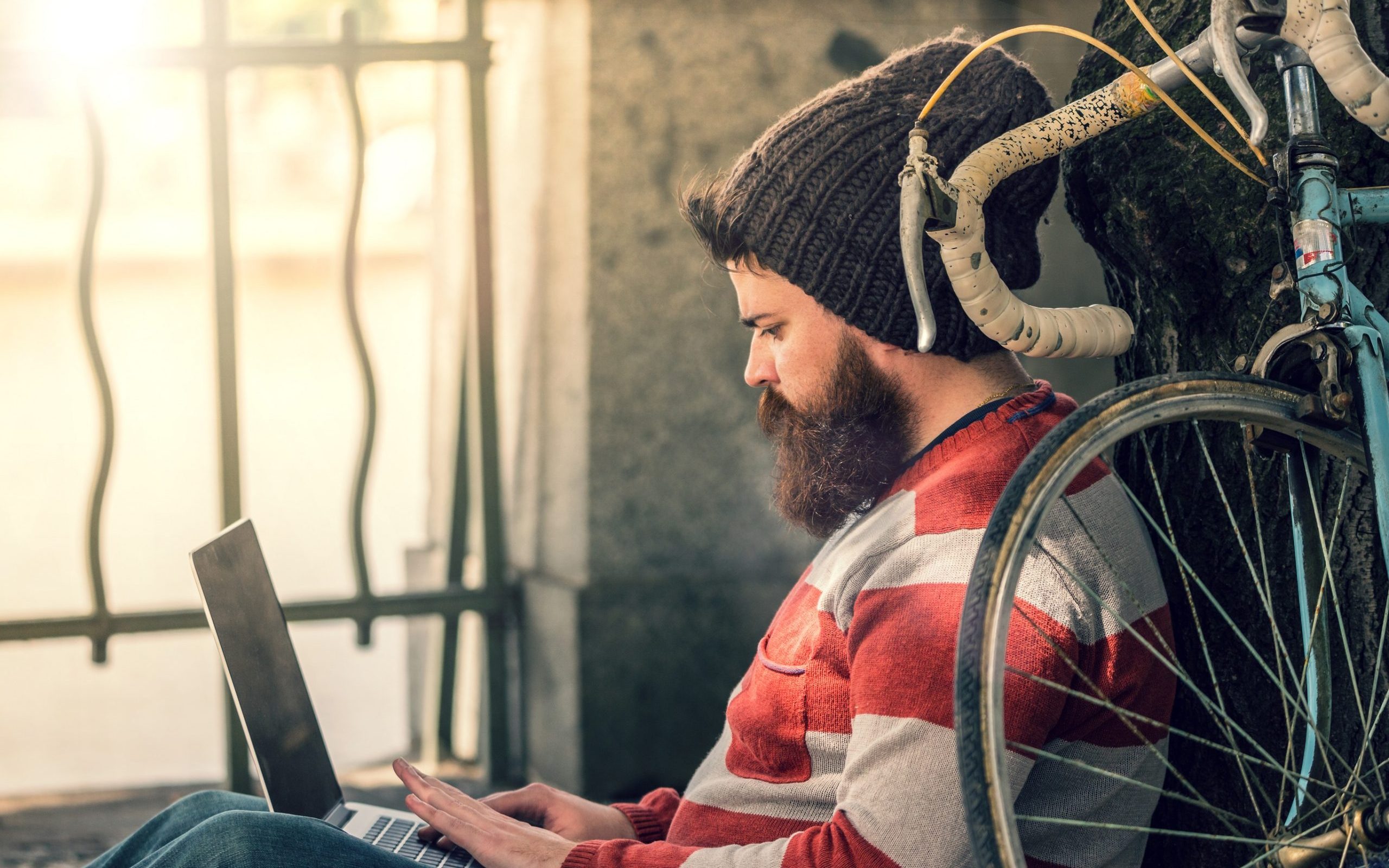 Bill Gates once said: “If I have a difficult problem to solve, I hire a lazy person be­cause he will find an easy way to do it”. If so, why so many projects are sentenced to weeks and months of email discussions, meetings, and internal struggles? Wouldn’t be just easier to give the task to someone not giving a damn about protocol?

Naturally, this is oversimplifying and any sane Project Manager would think twice before do­ing so. There are, however, benefits of making things quicker, simpler, and more efficient. One of them is time and money-saving. The other – finding new ways to achieve goals.estab­

We are socially conditioned to do the oppo­site. “Think before you act”, they say. “Choices have consequences”, they say. That might be very much true but it’s also limiting in a way and forbids us from actively seeking new solutions. Sometimes the best way to tack­le a challenge is to face it head-on, rather than analyzing it three times over.

Especially in Agile, which promotes respond­ing to change over following a plan. Paper can accept everything, reality doesn’t. People who work “smart not hard” are a valuable part of a team.

Over the years, I have encountered or was a part of, numerous situations where internal processes slowed down projects and made them unnecessarily complicated. Lack of decisive actions combined with a lack of determination to solve problems, made pro­jects longer and expensive. Even fairly simple decisions like choosing the right CMS to run the company’s website took weeks.

People are actually made for making snap decisions. The 2018 PNAS study by Nadav Klein and Ed O’Brien proved that we notori­ously overvalue long-term trials and neglect the speed at which conclusions are formed. In other words – as a species, we don’t trust our gut.

The revenue and company stability are ba­sic motivators and factors for any business decision-making process. So much in fact, that many companies are paralyzed to think outside the box. Especially large and estab­lished organizations, where spending above $100 needs to be often approved by a manag­er. Parachutes and extreme caution super­seded pioneers and internal thought leaders. Life gave way to lethargy.

I’m not saying that teams should go out there and approve every idea that comes to mind. Nor to throw money at expensive pro­totypes without proper business justification and technical documentation. I’m saying that Big Data and overengineering took away what is best in us – Big Intuition. I’m saying both should be respected and play the same role in digital transformation and continuous, everyday business develop­ment.

Establish and cherish a culture of experimentation

In the 29th issue of “Strefa PMI” I have pub­lished an article (Polish only) about the role of a company’s culture in project management. It’s time to expand on that. Many CEOs, CTOs, PMs, and similar C-level executives are too risk-averse. They believe that if something previously worked fine, there’s no reason to change. But good enough is sometimes not enough.

In December 2017, before the holiday travel season, the director of design at Booking.com proposed a bold move. He said: let’s throw away all these different options for customers and simplify the process. Yes, we have opti­mized it for years and it works just fine but let’s take a step further. Let’s eliminate op­tions for hotel rentals, travel deals, and all this noise. Instead, we could have a window that asked our user three simple questions: where are you going, when are you going, how many people are with you. On top of that, let’s give them accommodations, flights, and rental car options. Why? Why not? What else would they need? Right now, we expect people to dive deep into the page and browse through options they don’t necessarily need. Making life simple for them will make life profitable for us.

The result? Booking.com’s CEO Gillian Tans wasn’t very happy. She feared that changes will cause confusion among custom­ers and drive navigational problems. That, of course, could lead to frustration and a chang­ing travel agency. She wasn’t alone – Lukas Vermeer, leading an in-house experimenta­tion team, argued that everything would go down: time spent on the page, customer con­version, number of bookings. The experiment should go down in flames, right? It didn’t, because at the very core of Booking.com’s culture was the right to test anything without management’s permission.

Personally, I believe this approach to be too radical but in this case, it worked. The team made the test and today Booking.com is light and simple. It’s because some com­panies treat teams as forever-curious beings. They allow them to try, make mistakes, and fail. Even if they do, they come up on top with new knowledge. Contained experiments don’t necessarily burn money – they save truckloads of burned money in the future.

Experiments come from curiosity. Cu­riosity comes from a feeling of security. And security comes from cultivating “save place policy” when our inner child has the oppor­tunity to play. Children are often amazed at how complicated the “real world” is, where people dress up every day and make “serious” decisions. Children’s naive and oversimplified take on the “real world”, however lovely and innocent, is actually, in some regard, true. If you can simplify processes, production, and products, do it. If people want to play with them and think they can make things easier, why don’t let them? Especially if they chal­lenge the status quo.

Again, with the social conditioning – we gravitate towards something we know and feel safe with. When we are new in the crowd, some of us hang out with trusted faces. Meeting new people and talking about current affairs with the opposite standpoint in mind, scare us. We like to fit. Be part of something, even for the evening. This approach feels right but it actually and slowly kills us. If we all think alike, no one is thinking at all.
It’s not just Benjamin Franklin’s quote but also Charlan Nemeth’s. This professor and academic researcher in 2018 published her life’s work. A book called In defense of troublemakers told us that people follow others in 70% of cases. No matter if we think the other person is right. No matter if the domain authority and experience are there. We will follow whoever, just to belong and feel safe with the choice. If someone else tells us the white is actually black, so be it.
This behavior is also known in teams. Members will often not seek approval of the original idea but rather follow. That’s why is important to always have a “devil’s advocate role”. To make conversation fresh, to question the status quo, create “controlled chaos” and make the team on the lookout for better solutions. The problems with this:

Social conditioning and our character attrib­utes don’t always turn right for us. We are often afraid of rebels and take indolence for granted. If something can be done in a differ­ent way or with limited resources (simpler yet effective), let’s do it just like that. People are creative, passionate, and love to play with others if we let them. What limits both in­dividual and group efforts are unreasonable and often artificial barriers.

Many managers are more cautious than some CEOs. Company owners, these success­ful ones, see problems in business, econom­ic, and more importantly, cultural context. They know that multiple viewpoints bring a larger variety of solutions, driving better decision-making processes. The bigger organ­ization, the bigger problem. Corporate incen­tives and control mechanisms often limit human’s curiosity and passion for growth, introducing controlling mechanisms instead. There is a quarterly target to be made. There is a chunk of paperwork to be filled. There is a budget we should all respect. Some of these mechanisms have a rational basis, some of them don’t.

The real question is not which of them are which but rather can you really afford to block natural human spirit in the name of the artifi­cial path of growth? People leave their bosses, not companies. At the same time, they work for other people, not quarterly targets. If the team can create and maintain trust, everyone can have a productive role to play. Even if they are just a bit lazy or well-spoken.

[ENG] The author is a branding, marketing, company scaling, process optimizing, and content expert. He creates and develops brands, builds an image, and marketing communication. He believes in a holistic approach to sales, marketing, public relations, human resources, and employer branding. By relying on Customer-centric Selling, Design Thinking, and Created Shared Value (CSV), he helps companies increase revenue and build an attractive image for both customers, business partners, and employees. He published a few books, first at 22 years old. Learn more by visiting www.scislak.com 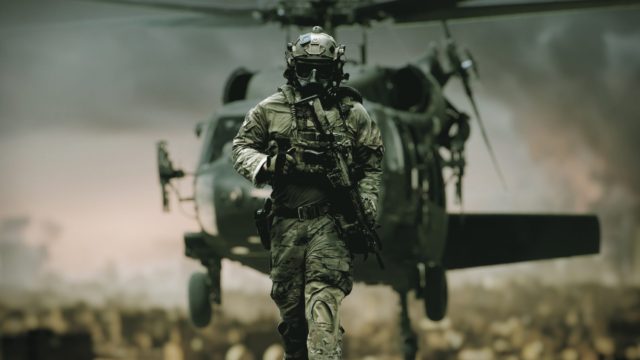